More modern new trains will be coming into service ­­and also the region’s fleet of buses has been continuously ­converted within the last few years to articulated buses which allows a large number of passengers to be transported on a regular basis. The World Gymnaestrada 2007, which took place in the same region, brought in a great deal of new impulses for public transport. For instance, more modern and efficient railway stations have been built meanwhile.

The very successful traffic concept of 2007 will be adopted 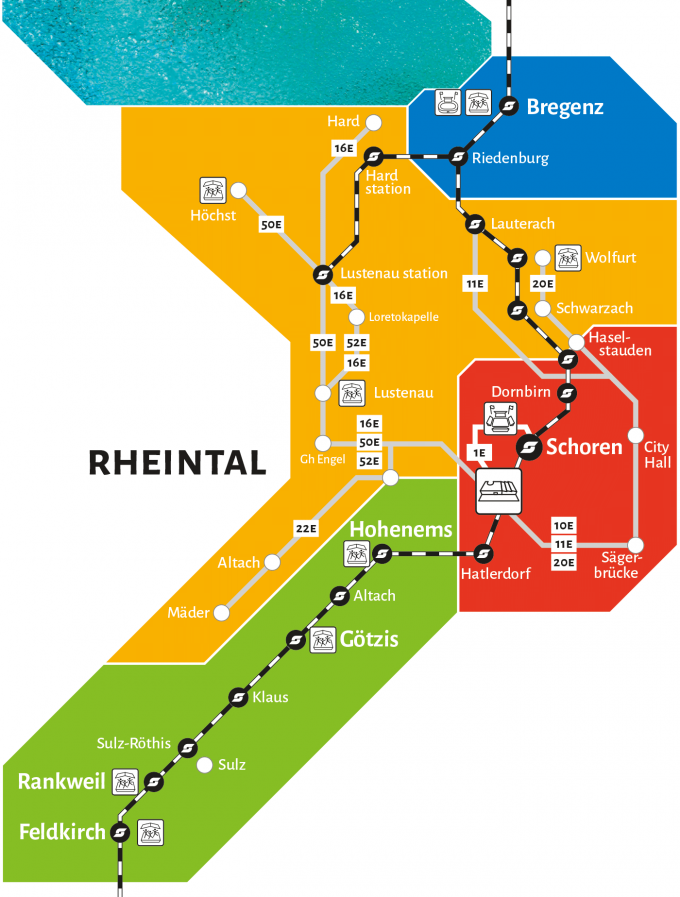 The region will be divided into four colour zones, which will allow the participants to travel easily and without language barriers. For all participants who are accommodated in schools or who have booked their hotel bed via Bodensee-Vorarlberg Tourism there will be a clearly ­structured traffic plan available at their place of accommodation, showing their nearest station, as well as the travelling times and best connections to and from the main venues (Stadium Birkenwiese Dornbirn, Trade ­Exhibition Centre Dornbirn, Casino Stadium Bregenz).

In ­addition with the use of an »intelligent infrastructure«, the flow of the participants can be followed and additional buses can be efficiently deployed when needed.

All the traffic plans can be viewed via the World Gymnaestrada-App or via www.vmobil.at.
The main timetable for the express bus lines and trains is available as PDF for download and print. 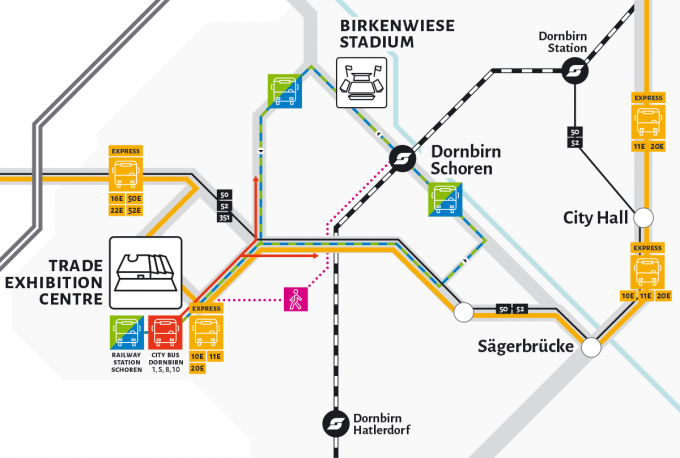 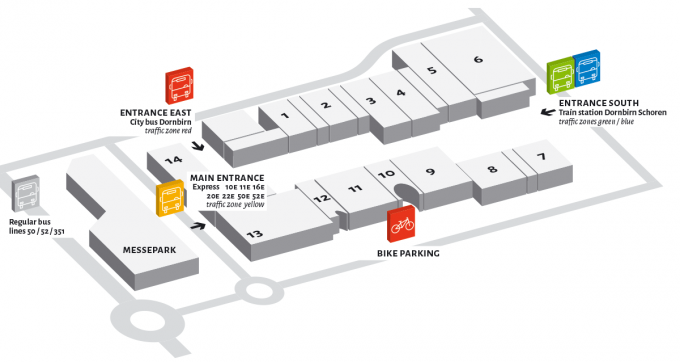