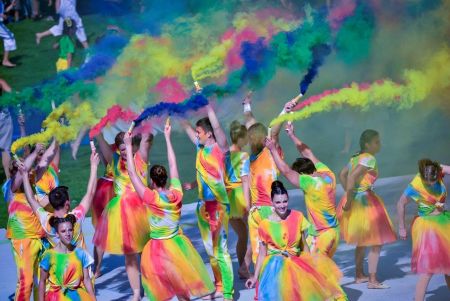 Exactly one year ago, the 16th World Gymnaestrada 2019 has begun in Dornbirn, Vorarlberg, Austria with around 20,000 participants and visitors from all over the world have transformed our country into a colourful and joyful world festival of superlatives!

Only one year later and one insidious virus and the world is different.

One more reason to revive the spirit of the World Gymnaestrada in our minds and to be able to remember the fascination and enthusiasm of the previous year with all the wonderful moments, warm encounters and unforgettable experiences.

It is to be hoped that the next World Gymnaestrada 2023 in Amsterdam will take place under similar circumstances to those in Vorarlberg in 2007 and 2019.

The entire local organising committee sends warm greetings to our gymnastic friends all over the world who have made this world gymnastics festival so speical and lead to a great success.

Also a big thank you to the numberous volunteers and the local population for their friendly and open-minded hospitality, which has contributed significantly to the overwhelming positive response from all parts of the world.

We're looking forward to seeing you again at the 17th World Gymnaestrada 2023 in Amsterdam! 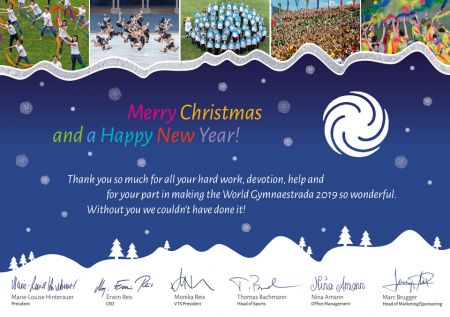 Exactly five months ago today we have jointly gathered at the Stadium Birkenwiese to celebrate the Closing Ceremony of the 16th World Gymnaestrada.

While some memories are slowly vanishing, we still keep so many exciting moments, great experiences and permanent impressions in our minds. Once again we'd like to thank everybody involved for an unforgettable event which got top rankings at the recent evaluation meeting and and outstanding feedback from the local population. As we are approaching the end of yet another World Gymnaestrada year, we wish all of you a prosperous, joyful and after all healthy 2020! 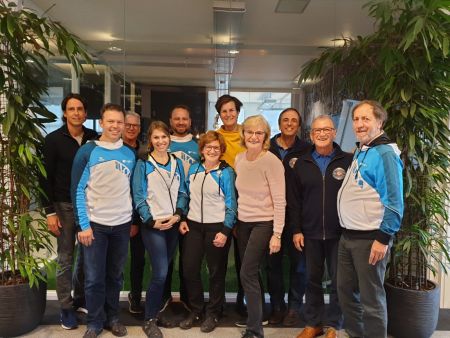 The evaluation meeting which recently took place in Amsterdam brought a very positive result for the LOC of the World Gymnaestrada 2019.

Top marks were especially given to the outstanding engagement of 9,000 volunteers in every single field of activity. The high level of the FIG Gala, the medical centre, transportation, catering, school accommodation as well as the provided communication systems were also top rated. With such an excellent evaluation the LOC even managed to outperform the very good evaluation of the WG 2007 in Dornbirn.